KRANTI INDUSTRIES LIMITED
About Us
Home About Us Company Profile 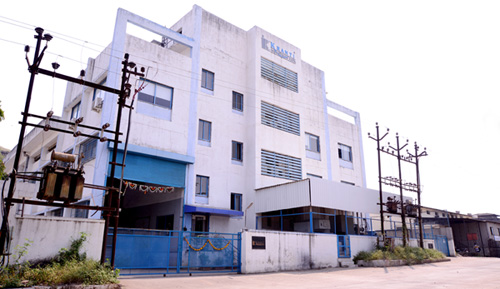 When an inspired entrepreneur commits himself with determination, when there is clarity of thoughts, when he has the ability to look beyond horizon and ability to change with the time, an unshakable desire to achieve set goals, success cannot resist from showing up. Such Units become an example for others to follow. Kranti Industries Limited is such an example. 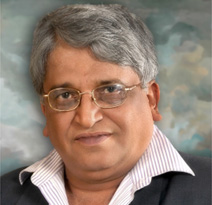 KRANTI, a small machining unit was established by Late Mr. Subhash Vorain 1981 at a small place with one primary Lathe machine to do job work activity for other industrial units. The Company was setup with a vision to revolutionized the definition of accuracy in automobile industry. It was a small and single step towards an ambitious dream. Late Mr. Vora was a visionary, an entrepreneur to the core and a deadly hard worker. Within a short span of time Late Mr. Vora expanded the activities, acquired latest machining platforms and moved the operations at a modern factory set up at Pirangut Industrial Estate. Simultaneously with the tangible expansion, the name KRANTI was getting acceptance and preference from world industrial leaders. They preferred KRANTI because of value based business practices, precision, sticking up to the commitments and cost benefit.

Unfortunately, in June 2011 the founder Mr. Subhash Vora expired untimely and his elder son Mr. Sachin Vora to over as Managing Director. His younger brother Mr. Sumit Vora assumed second and supporting position. Both of them are qualified Graduates in Engineering. They have inherited the business acumen, discipline, ambitions from their late father. Kranti Industries Limited was initially engaged in machining operations for Tractor Industry i.e. Agriculture Sector. Vora Brothers were well aware that dependence on a single sector may present an awkward situation due to sluggishness in that sector. Therefore, it was decided to widen the scope of operations panning other sectors. Now KRANTI has operations spread across all the major sectors like Automotive, Commercial Vehicles, Construction, Agriculture e.t.c. Kranti Industries Limited has perfect business strategies. Adopt latest technology, acquire most modern machines, establish and allow the systems to work, acquire best of human talent ahead of time, gauge the winds of changes and prepare for it bestowed Kranti Industries Limited a leading position. Kranti Industries Limited embarked on its expansion plans and have constructed and commissioned a full-fledged modern “State of Art” plant in Pirangut. The next step was taken in acquiring another company in Pune. All the three locations are engaged in similar activities.

The manufacturing industry is one of the most competitive sectors in the country with huge competition and a challenging business environment. The changes in macro-economic factors and business cycles can have devastating effect on the fortunes of a company operating in this sphere also, it is a cash intensive industry where one needs a constant flow of orders and inflow of cash to survive in the long run.

The untimely demise of The founder of KRANTI Mr. Subhash Vora expired in 2011 was the darkest Phase in KRANTI history. His disappearance from Kranti canvas raised some eyebrows and initially the stakeholders became skeptical. This was obvious and natural, since Late Subhash Vora was single handedly steering the business and operations of Kranti. Very few knew that the though apparently Mr. Subhash Vora was heading the affairs of Kranti he had ensured that the company remains and continues to remain a system driven company and not an individual or owner driven company. Because of this The Managerial transition was smooth and seamless as a result of which the operations of the company continued without even a smaller jerk.

Kranti Industries Limited has a visionary Board of Director, an efficient and foresighted Managing Director, qualified and experienced senior officers, qualified and experienced engineers, qualified technicians, modern infrastructure, a conducive work culture. All this facilitate in bringing out excellence by every constituent of the company. Strong and clear Human Resource policies and in place which gives a high degree of confidence and stability to its employees. All the factors that are essential for a growing the business on a continual basis are present at KRANTI. Company has dynamic expansion plans and it will be implemented as per the long drawn policy. KRANTI does not believe in just tangible expansion, but ensures that the development becomes qualitative and quantitative. Significant revenue of KRANTI is derived from the Automotive industry. KRANTI has adopted stringent manufacturing practices to ensure that the manufacturing processes and facilities are compliant with global standards and certified accordingly.

We are commited to systematic functioning of all business processes to achieve highest Quality of our products. We firmly believe that our growth is in achieving the Best Quality standards in our industry.

Customers satisfaction is our main goal and we work ceaselessly to achieve this objective.

We will work for contibous improvement and development of our people, processes and technology to meet the competition and achieve growth.

To be preferred Solution Provider for our Customers

To Create Wealth for Stake-holders

100% Commitment to Double the Business

Note : Above figures are on the basis of Consolidated Value Addition done for FY 2018-19

Note : Above figures are on the basis of Consolidated Value Addition done for FY 2018-19